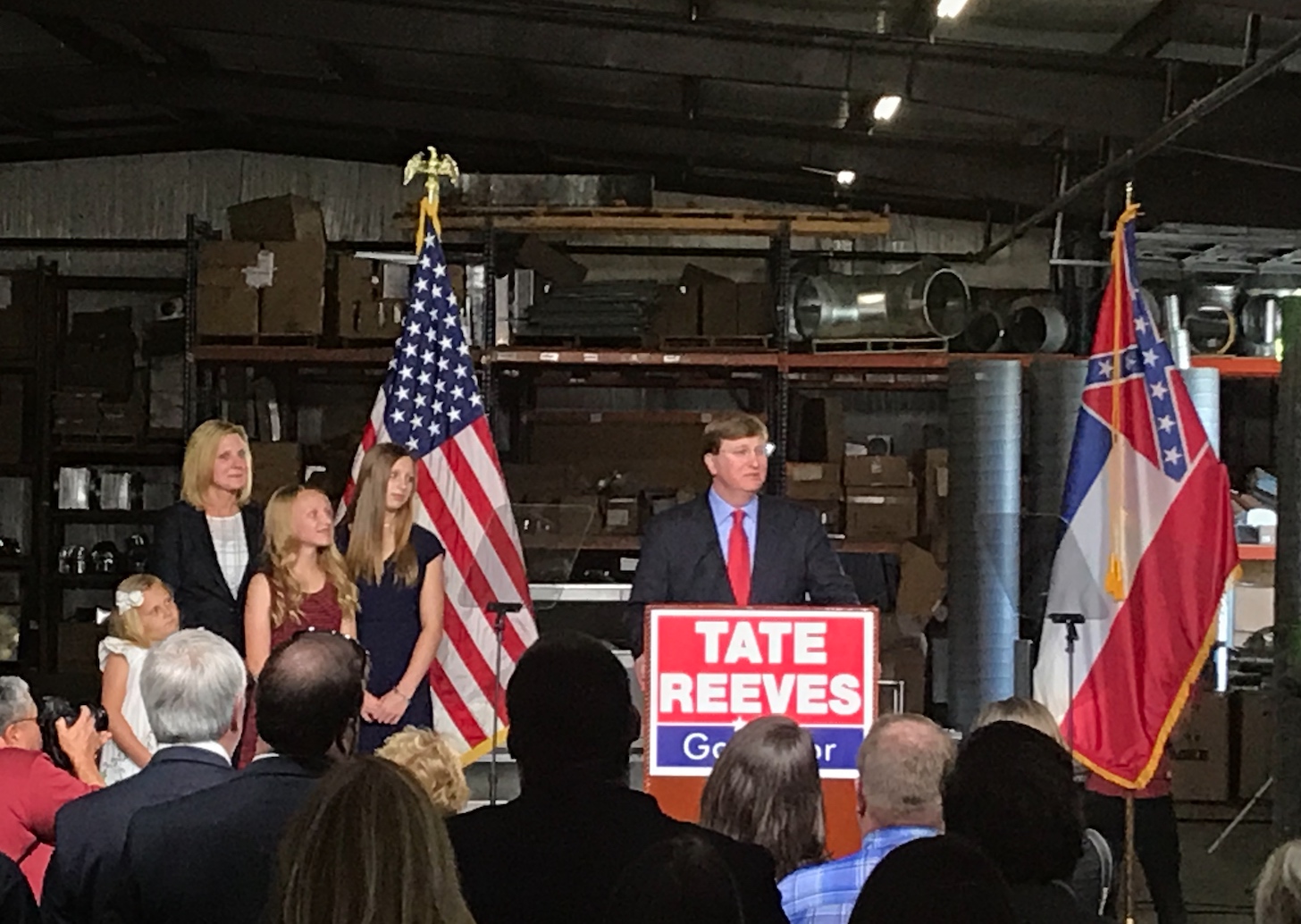 On Monday at Climate Masters in Pearl, the Reeves family business, Lt. Governor Tate Reeves kicked off his 2019 campaign for Governor.

Reeves began by reminding the crowd of his competitive spirit and fighting for the conservative goals of Mississippians. He referred back to a movement in 2003, what he called an uprising, to ‘throw the liberals out.’ Reeves was part of that movement, running as Treasurer, along with former Governor Haley Barbour and current Governor Phil Bryant.

“With your help, we competed and we won,” said Reeves. “The liberals are mad that we took our conservative philosophy and put it in the law books.”

Reeves’ primary issues of focus are education, watching tax spending, guarding the 2nd amendment, pro-life, preventing crime, and improving health care. However, he also talked about making it a priority to bring more business to Mississippi and making the state the number one creator of jobs in the South.

“The single best asset in Mississippi is our people.  But we have another asset that is just as important – Our small town way of life. In fact, most of our state lives in a small town. Even our Capitol City is small relative to the capitols of many other places. That sense of community – of shared responsibility – of a universal set of values. That is what makes Mississippi unique. And it all starts in our small towns. As Governor, I will be a guardian of small-town Mississippi…”

When it comes to healthcare, Reeves said he greatly disagrees with his opponent Jim Hood. (Hood is expected to be the Democrat nominee for the race, as Reeves is expecting to be the Republican.) He said Hood believes Obamacare is the answer to Mississippi’s healthcare woes. Reeves said if that is the case, ‘then you are asking the wrong question.’ 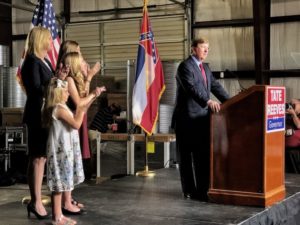 “The question is not how much welfare can we pass, but how much innovation can we do,” said Reeves. “The days of Mississippi running its government with and for handouts is over. The future of Mississippi is based on aspiration and when necessary perspiration.”

He said the goal should not be to grow government but to grow job creation in the private sector. This calls for a trained workforce and that, he says, comes from proper education.

“Every child and I do mean every child; black and white, rich and poor, deserves an equal opportunity for success,” said Reeves. “That’s why I pushed letter grades for our schools, that’s why I have pushed for public charter schools…and it’s why I backed a teacher pay raise this year.”

A teacher who was in the classroom when Lt. Governor Reeves took office, will make $8,000 more today than they did before he was there. While he did say that wasn’t enough, Reeves said he is committed to making sure teachers are compensated. He says Jim Hood won’t do the same.

“Perhaps the greatest difference in this race between me and Jim Hood is not what we will start, but what we will stop,” said Reeves. “I will say no even when powerful special interest demand a yes, I will say no when yes is popular but too expensive. I believe that being a leader means being willing to say no.”

Reeves also spoke with reporters at the end of his speech and addressed issues like why in his speech he did not mention his primary opponents, why he didn’t debate at MSU with Waller and Foster at the beginning of April, and what he anticipates to see as far as future teacher pay raises.